Kid with Cameras 4.0 just came to a lovely close.  Through Julian United Methodist Church’s Gallo Fund, we were able to purchase ten “teaching cameras” for the project.  Formerly, we worked with whatever cameras the kids had access to, and we spent a lot of time fiddling with each one.  It worked, but everything is now so much easier–the cameras are always available, batteries are charged, instruction is given once to everyone, and we don’t need to download images at the end of every class.

Over seven weeks, we had a classes taught by various local photographers.  Jeff Holt and Bill Bevill taught camera fundamentals: 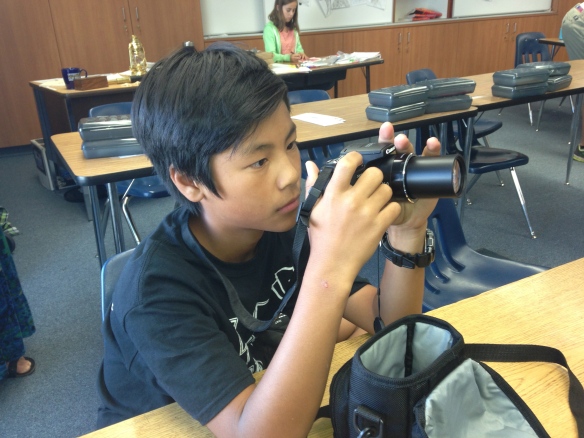 Then Anne Garcia took us through principles of composition, using her own work as examples as well as a few photos of Graham Wilder’s.

We headed out to shoot in the school garden, with the objective of using some of the best images for a Garden Club photo card fundraiser. 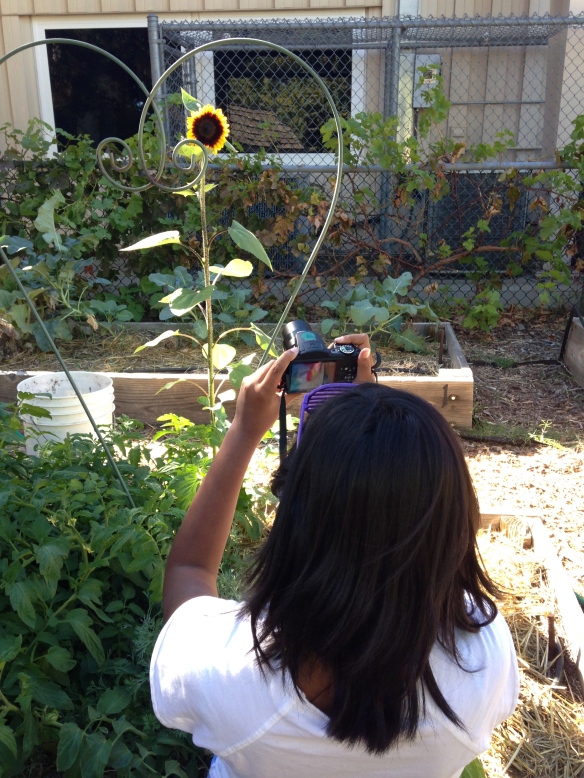 Another class was held at Down the Road farm for farmer/chef portraits.  Enlargements of some of the day’s best photos will be hung in the school cafeteria to help children make connections between their lunch and the people that had a hand in growing/preparing it.

Graham Wilder, a new instructor with Kids with Cameras, showed the students some of his images, encouraging them to find the “extraordinary in the ordinary.” 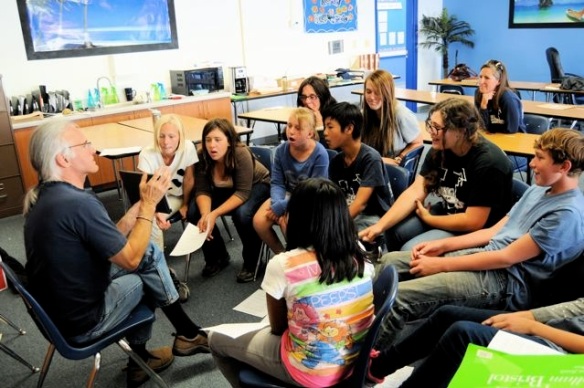 Then we walked to downtown Julian to do just that. 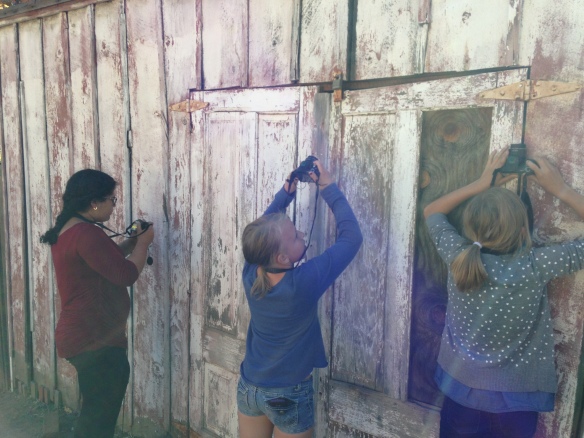 Another new addition to the class was the process for choosing the “best photo” to exhibit.  In the past, the instructors got together to look at film to pick the image.  This year, each instructor took home the memory cards for two students after our last day of shooting.  From those photos, the teacher narrowed them down to the best 10-12 images.  Then during our last class, they sat with the students for 1.5 hours and talked through each photo, discussing them at length and asking the kids for feedback.  Ultimately, the student picked their favorite.  I think this approach worked great:  the student had ownership of the photo to be exhibited, but they chose from a small pool already screened by the instructors, drawing upon their expertise.  As educational experiences go, I think this class was simply incredible.

As is now our tradition, we ended with an evening reception at the public library. Instructors spoke about the class, students talked about their photos, and everyone enjoyed refreshments while milling around with the artists.

All photos remain on display for two weeks, and then the students get to take them home, along with a CD of all of their photos. Thanks to everyone involved for making this program an unqualified success! 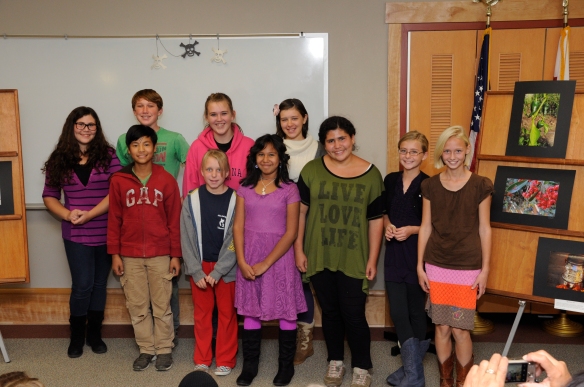 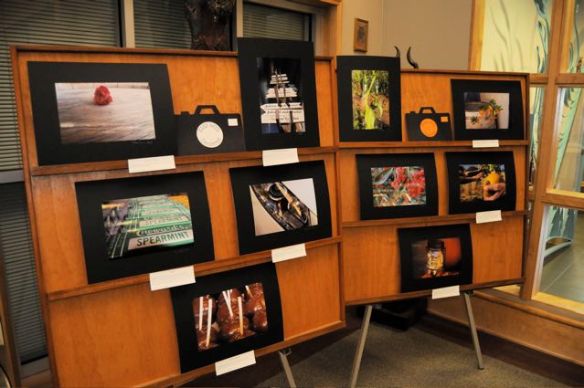